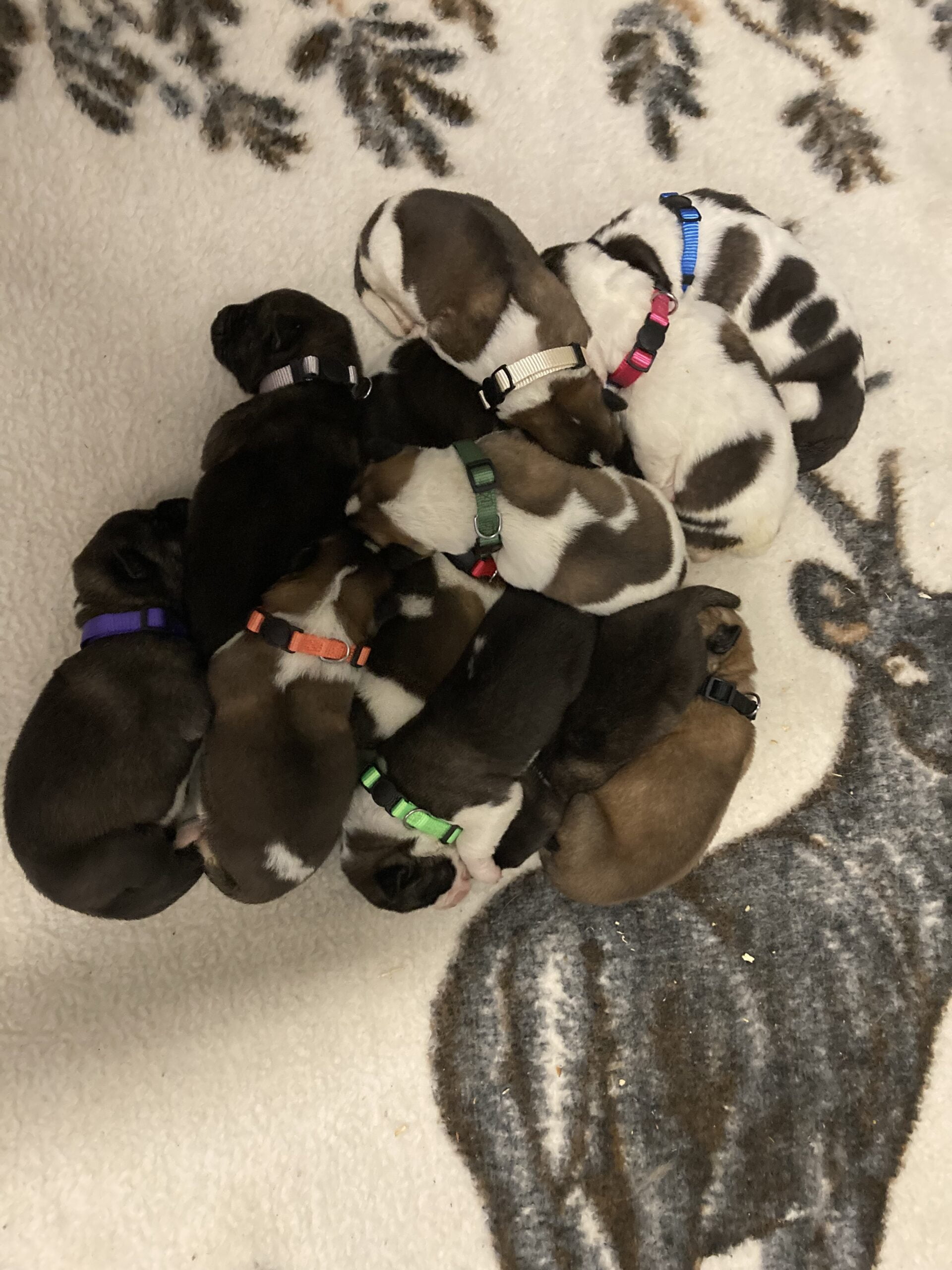 Akita Newborn Puppies We are so proud of our newborn Akita puppies for sale.  We get the honor of raising these little bundles of joy on our farm.  Right now, all they're concerned about is nursing, snuggling and sleeping.  Mom is very tentative to their every need and watches them closely.  She licks them constantly, reassuring them she's near.  Newborn puppies can't see or hear for the first 10-14 days and

Akita Puppies for Sale in Missouri

Congratulations! Bear & Reba are the proud parents of a new litter of bouncing baby Akita puppies for sale.   Unbelievably, we had ALL females in this litter!  Reba is an amazing mama, tending to her puppies every need.  As of now, they spend most of their time sleeping, growing and nursing.  Around Day 10, their eyes will open.  However, they won't be able to see clearly at first. Their eyes will graduall

Akita History Akitas for sale in Missouri, is a breed with an amazing history.  Before Akitas had an “official” breed name, they were referred to as “snow country dogs.” The breed originated from the snowy, rural, mountainous region of Japan. Originally the Akita's job was to hunt, guard, and herd. This swift, powerful dog was unsurpassed in his ability to track large game.  Those included deer, elk and bl